I only learned last week that California is undergoing an epic drought of historic proportions. As a result they’re also under alert for extreme fire danger.

I joked with a friend that you never hear about droughts until they hit their 3rd and 4th years, after you’ve squandered years of planning and efficiency. What other disaster are you not aware of until you’ve been in it for a while?

That first year it’s: What a dry summer!

Then: Bad skiing this year, there’s no snow pack!

And by the time you’ve found that, for example, you’ve just experienced the driest year in recorded history (as California just did), you’re kicking yourself for not upping your efficiency and planning things out a bit better when it all started. Instead, governor’s are doing a politician’s rain dance: crossing their fingers, doing a lot of wishing, and saying “Governors can’t make it rain,” as governor Tom Brown felt important to point out last week.

“If we do manage to get a few decent storms, we could definitely get enough water to stave off the worst consequences of a really extreme water shortage,” he said. “But if we don’t, we’ve essentially lost the whole water year.”

– Daniel Swain of Stanford University who coined the term “Ridiculously Resilient Ridge” on his blog, weatherwest.com.

Meteorologists have fixed their attention on the scientific phenomenon they say is to blame for the emerging drought: a vast zone of high pressure in the atmosphere off the West Coast, nearly four miles high and 2,000 miles long, so stubborn that one researcher has dubbed it the “Ridiculously Resilient Ridge.” California Drought, What’s Causing It? San Jose Mercury News

“We’ve had a few weather systems come through,” said Leslie Wanek, a meteorologist in Salt Lake City at the regional headquarters of the National Weather Service. “But it just keeps rebuilding there. It’s kind of a mystery about why. Why is the global atmospheric pattern stuck like this?”

A high pressure ridge, which diverts all wet weather north. It hasn’t moved for 13 months.

Some are surely wondering: Is this crisis the new normal? And when do you stop looking for a change in the weather, and start planning based on your current circumstances? And what apocalypse is already half over that we haven’t noticed yet?

*Note: My book Sherwood Nation, about a big drought, comes out this year. So I’ll occasionally post something up about drought issues, government hacking, enclaves, Robin Hood, and etc..

I thought I’d end 2013 with a quick look at the year’s progress, from a production standpoint.

I  worked on a lot of projects. Though I’d have more ‘completed’ work if I were more focussed,  I don’t regret having been a bit more scattershot. Having a bunch of projects means when I get up early to write, there’s always something I’m excited to work on. Sometimes starting from scratch on something else is a writer’s block killer. The word counts below are for the most part ‘finished’ word counts (but really,  a work is never finished until it’s mass-etched on a book’s pages).

8,682 – The Poet Retreats (submission in progress)

6,462 – story about Queen Dowager Isabella Jagiellon, unfinished, abandoned (haven’t decided whether I’ll pick this back up)

Weird! I wrote four poems in 2013 (something I haven’t done for a decade). That said, they’re all candidates to be inserted in the last book listed above, written by one of the characters therein.

I’m pretty happy with progress this year. I’d be totally content if this time next year I had the same tallies.

My goal is to publish a book every three years or so. By the time Sherwood Nation comes out, it’ll be six years between books. There were a lot of reasons for that absence (children, starting companies, the size of S.N.), but with the amount of work in the hopper at the moment, I can’t imagine a lapse between books that long again. See you in 2014, yo.

“The neural changes that we found associated with physical sensation and movement systems suggest that reading a novel can transport you into the body of the protagonist,” Berns says. “We already knew that good stories can put you in someone else’s shoes in a figurative sense. Now we’re seeing that something may also be happening biologically.”

– Gregory Berns, Emory University  – from the article: Does Reading Actually Change the Brain?

super nifty. And, yes, you look  very handsome in the body of my protagonist.

I delivered  the final (pretty much?) version of Sherwood Nation to the publisher yesterday, and an ARC is expected soon (cough cough excitement!). And so I’ve revived the appearances page as things begin to line up toward a book launch in 2014 (not sure when exactly this is yet, will need to ask @smallbeerpress). I’ll probably be hanging out here more often, as I decide what to do with the space. Do I even want to keep this domain name? Levin has a nice domain I might use: levinofearth.com. Would I be comfortable over there?

In the meantime, I’m happily back to working on the co-written project with David Naimon (check out his podcasted interviews with authors, if you haven’t already), getting the tykes started with school (1st grade!  4th grade!), reading Bring Up the Bodies (this probably needs no introduction), and a book I’m completely digging:  Decoding the Heavens: A 2,000 Year Old Computer – And the Century-Long Search to Discover its Secrets by Jo Marchant. 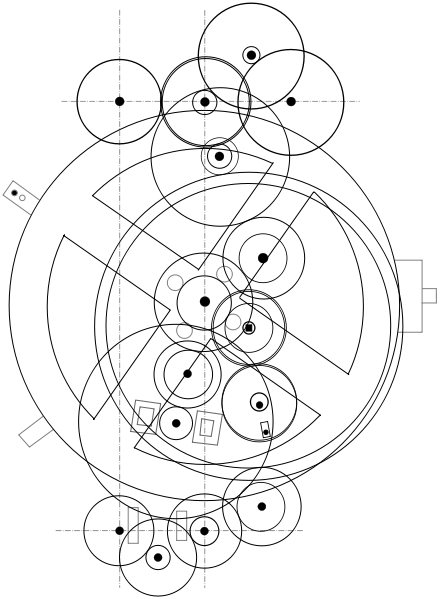 The book is about the Antikythera mechanism, a 1st century BC machine, dug up from a shipwreck in 1901. If you like science history and ancient civilizations and well-told stories, this book is for you. Here’s a winning quote about the mechanism from Wikipedia:

“This device is just extraordinary, the only thing of its kind. The design is beautiful, the astronomy is exactly right. The way the mechanics are designed just makes your jaw drop. Whoever has done this has done it extremely carefully … in terms of historic and scarcity value, I have to regard this mechanism as being more valuable than the Mona Lisa.”
—30 November 2006 / Professor Michael Edmunds of Cardiff University

Have a great September, talk to you in a short while.

I’m happy to say that my short story, The Ant Singer, is now up at the journal Bourbon Penn, as well as on Kindle, and in Print.

The editor, Erik Secker, contacted me as he was a fan of Couch. How fun – Thanks Erik!

to recite the first poem of the series Letters to Yesenin, by Jim Harrison. A certain joy for you, I’m sure.

Not only that, I’ve begun the next poem, and within a few days time you may challenge me to orate the first and the second, one after the other, if your tolerance for that sort of thing is high enough. By the end of the month, who knows how long I may be able to hold you captive.

I used to read a lot of poetry. I ran a unique poetry journal for a number of years. But after reading thousands of submissions, I tired of it. In college Harrison’s slim collection was a bit of a watershed moment for me, as I paced alongside someone else talking himself out of suicide. It’s a tremendous pleasure to return to the collection.

But also: I’m a first class technogeek, and as a programmer I’m close to the machine. I’ve begun to wonder about its effect on my health — the constant connectivity, the loss of orality, the endless stream of ‘small’ thoughts. My memory does not seem to be what it used to. I do not remember peoples’ names, words I know I know dissipate into a fog — but none of this matters, right? Because I live in a machine-assisted world. As my own brain spends more time with information synthesis, I rely on my devices to store that information in increasing amounts. Remember when you used to know a dozen phone numbers?

But after listening to Benjamen Walker interview Douglas Rushkoff about his book Present Shock (NYT review) (listen to the podcast here, it’s worth it), where many of my half-formed thoughts on our weird present were clarified, I decided to make some changes to ensure that my mind had time to wander much more effectively into deep waters (where, I think, the interesting stuff happens). I’m cutting back on the information I comb through. I’m keeping my phone pocketed more. I’m challenging myself with memorization which I think could be considered a sort of meditation (my mother, a yoga teacher and lifelong meditator might probably challenge this…), but which I also consider to be just good brain muscle-building (here is a great article on why we should memorize poetry from the New Yorker).

I am attempting to better synthesize what ought to remain personally important from what is not.

The goal is to have memorized the whole book of 40 poems (phew!). This is in part inspired by Hillary Mantel’s Wolf Hall, in which the main character Thomas Cromwell is said to have the entire New Testament committed to heart. And also a shout out to Laura, with whom I discuss these things, and who is currently asking her high school students memorize work.